Porter’s Five Forces is an established framework to analyze a market. A market is defined as a specific industry that sells similar products. Porter’s analysis is used to assess market attractiveness both for new entrants and existing companies. In general, the stronger the five forces are, the less attractive is the industry. During increased competition, companies need more than usual resources to survive, which ultimately leads to less attractiveness. The following schematic shows the elements of Porter's five forces. 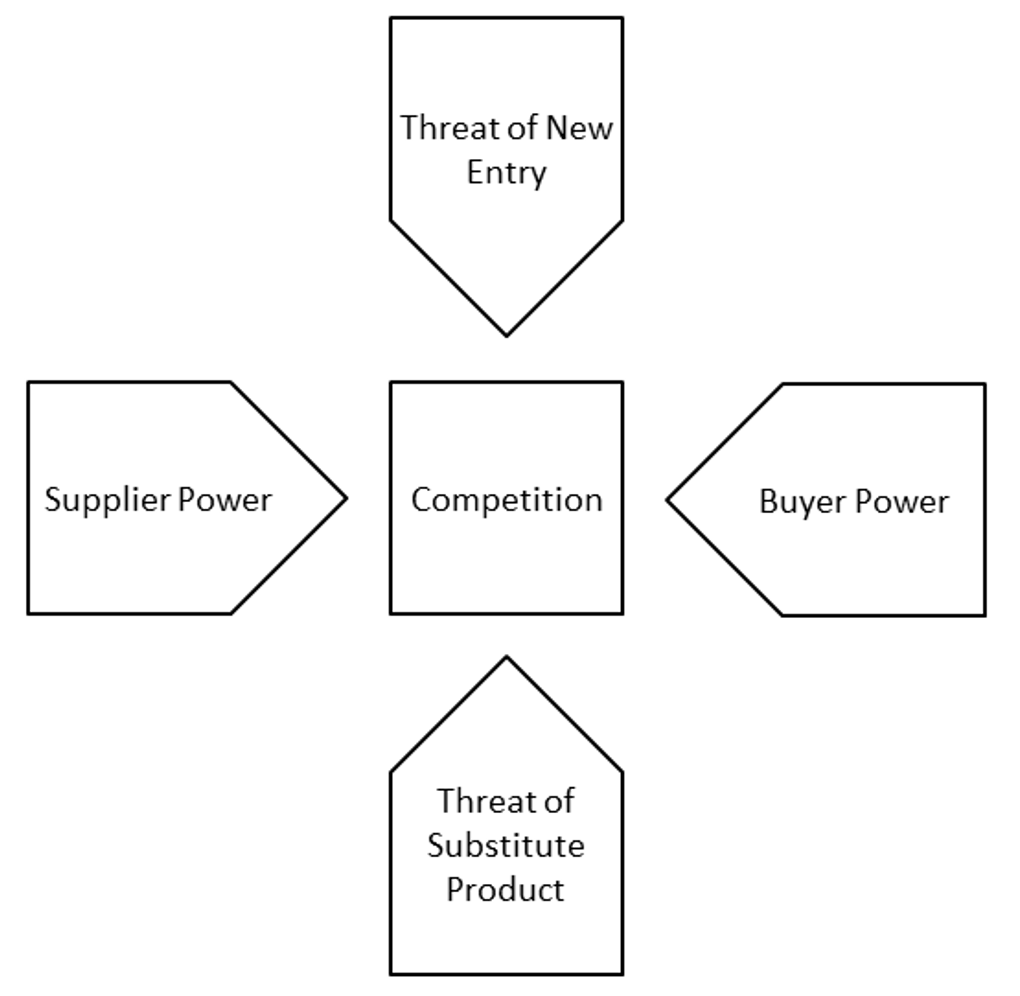 Analyze different dimensions to assess the threat of each force

To analyze an industry, you can ask data about five forces and then assess their potential power in the market. During a market analysis in a case interview, ask for specific questions that would help in assessing the power of these forces.

Following are some signs that a supplier has a high negotiating power:

This concept is analogous to the supplier power discussed above. If buyers have a lot of negotiating power, it generally implies strong leverage to enforce low prices.

Following are some signs that a buyer has a high negotiating power:

The lower the barriers for market entry, the easier it is for new competitors to enter the market thus leading to higher competition and thereby increasing the risk of price wars and a lower margin. Hence, an attractive industry usually has high entry barriers. It is hard to enter an attractive industry, but once a company is able to enter, it is in a good shape.

Substitute products are alternatives to products that are obviously different but fulfill the same customer needs. The more substitute products, the easier it is for the customers to switch, thereby leading to a more competitive environment.

Following are a few indicators for a high threat of substitute products:

The level of industry rivalry is influenced by the remaining four forces of Porter but is also subject to other causes. A high rivalry appears either as competition in terms of price or in terms of quality.

Be cautious when applying Porter's Five Forces in a case interview

You should be aware that interviewers often see the usage of Porter's five forces as a forced approach to solving a case. As if you had no better way to structure the solution and had the five forces as last resort. Ideally, you should resort to the forces within a bigger, more general framework (e.g. cost-benefit analysis). This will demonstrate to the interviewer that you are not "force-fitting" the case into a framework.