Prompted by the post on recession, I wanted to get thoughts on what the economic outlook is for 2022 remaining half and looking further ahead for 2023/2024-- I know it is difficult to look that far ahead?

Basically, I am looking at a 1 year program in 2023 and so graduating in 2024 January, the job prospects will depend heavily on the prevailing economic conditions and so need to have a plan in place. Would it be a good move to invest in a 1 year program (for mid-career execs) and graduate in 2024 Jan?

None of us have a crystal ball so the best thing you can do is hedge your bets. In practice, this means your profile needs to be attractive, whatever happens.

I work in commodity trading and this is how we deal with the uncertainty of crude oil price development, for example. We use hedging to de-risk our position.

By the way, consultancies do this very well and “never let a good crisis go to waste” (Winston Churchill). They position themselves according to what the general economy does and they win whether there's an upswing or a decline.

Hope this helps! Best of luck!

I plan to take a loan for the tuition fees (100%) so worst case scenario would be graduating with a hefty loan but without a job for lets say 6 months. I can take a lower paying job (if that is an option) but that has its own long term drawbacks.

There's two decisions to be made: (1) Degree: Yes or no? / (2) If yes: Now or later? Let's assume it's a yes for (1) and you really want this degree, which you may or may not need (this is a separate discussion). My advice for (2) would be to analyze whether you could afford to get through the worst case scenario without financially ruining yourself. If not, I would stay clear of the degree. Otherwise, 2023/2024 may well be a good time if the opportunity cost isn't too high. Again, none of us have a crystal ball for how things will turn out on a macro level. As long as you're clear about your personal mission and demonstrate the right mindset paired with competence, you'll be unstoppable!

Thanks, those are some really good points.

I don't think anyone knows the exact economic cycle for 2023/24 (and if they knew, they would not share it here and rather make a ton of money in the stock market).

In any case, I guess you have an underlining question you didn't present, which is what you are really looking for.

For example, whether to enroll in the program or not.

To get feedback on that I would recommend the following:

This will help us to provide better answers and possibly help with the decision.

I would say more than the overall economic situation, what is the job market expected to be like -- My specific question is indeed around whether enrolling in a high cost 1 year program in 2023 is a good idea in terms of timing?

Hi there, to answer properly it would be useful to have more information, such as type of program, goals and opportunity cost. If you want please feel free to PM for that, happy to help.

Nobody can tell you for sure. Sadly, we have destroyed the planet, many countries are destabilised and the human desire does not seem to settle. So, unfortunately we have to get used to living in unstable market, environment and social conditions. How exactly businesses adapt to this, is to be seen.

Make your moves based on all the information and knowledge you have “now”. More importantly, if you have genuine reasons to do that 1-year program and have calculated your risk/worst case scenario, go for it and let things happen.

However, as Larry Summers says: No real economist will ever say something is 100%.

Signs are pointing to an upcoming recession. But recessions can be 2008 or 1990. We have had 14 since the Great Depression. Meaning? They are common.

“The average recession has lasted 17 months, while the six recessions since 1980 have lasted less than 10 months on average”

I'm giving you a “nothing” answer with lots of facts because that is the reality. We don't know.

Because of that, you should ideally make this decision based on your own individual situation more than anything.

Thank you for the information

Very much agree with Francesco here! It´s so hard to predict, but also we would need more info to tell you our 2 cents (e.g., it doesn´t impact the same way the way the market is, if you are an MBA graduating from a top program than from another type of master, etc.)

Likelihood of interviews being canceled 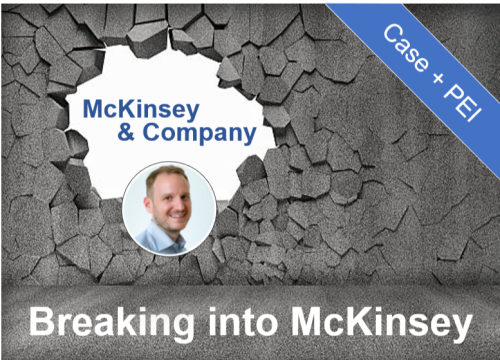 Likelihood of interviews being canceled