Hi, I have currently moved to deals advisory specializing in deal strategy and value creation from my previous role in risk consulting.

It's my third month with the new team. The team is still new and growing it has been about a year plus since it was set up. However, I have yet to be plotted on any job and have been on the bench. It is starting to get a little frustrating as I am only doing hypothetical kind of work. My director is the person tasked with assigning jobs and he was sharing in the recent meeting there exciting projects in the pipeline. However, I have yet to get any indication that I will be staffed on them.

After my first month with the team, I arranged a 1-1 but was cancelled as he had a client call. Asked him when is good to reschedule but did not get any respond as he was busy with an engagement. My performance manager is new to the firm and does not have much authority and not sure about the development plans my director has for me. Hence, I reached out to my director but was futile.

Arranged an internal meeting about the benchmarking I was tasked with but then it has been rescheduled thrice - 1 time was because I wasn't feeling well while the other 2 times because he has urgent matters to attend.

There is an offshore team that works with my team and it seems everyone in my team and the offshore team are given more priority than me. I am not sure how to get my director's attention and I did tell my manager if I should be worried about my utilisation and he said he was on BD for a few good months and nobody make any comments.

I did not choose to do a switch if I am just going to be on the bench. It's already one quarter through the performance year and there's nothing tangible for me to include in my CV. All the BD work means nothing if it is not translated to real projects.

Any advice how I should handle this? Should I be looking elsewhere for an opportunity in the same area?

Since it is a new area, you have to assess continuosly if you believe or not in its success.

What I can tell you is that the CDD market is starting to calm down, and that opportunities usually don't take many months to materialize. Meaning that if you have a decent hit rate you are gaining projects. Otherwise, it means you are not being able to enter the market.

Given the interest rate hike, the market is going to continue to slow down. If you were in a successful area, that would be a great spot: you would be shieled from the downturn because you would be taking market share from the competitors. But is that is not the case… then I would be worried, because it means they may feel the need to reduce staff, and without any practical experience you are at serious risk.

Now, I am not saying this is going to happen now (or happen at all), as we are still in full employment, and I don't think layoffs are going to happen anytime soon. But it is a possibility, and it definitely makes sense to have a plan B.

I am sorry to hear about your experience, that certainly sounds frustrating. Without knowing more about your company and its internal politics it is hard to give specific advice, but I would recommend talking to a colleague or a mentor at your firm about whether your situation is a matter of concern and how you should go about resolving it. 3 months on the beach is not unheard of, as others have pointed out, so it is worth getting someone else's perspective who knows how your company operates.

Unfortunately without knowing the exact dynamics of the company it is a bit hard to advise here.

In general, 3 months is not an unheard of amount of time. You should continue to network, continue to flag your interest in projects, and continue to be both patient and persistent. You time should come soon.

Sorry to hear that, it doesn't sound as a good setup. Furthermore, from outside, it's quite stunning what is happening, seems to me that I don't understand everything there.

I would advise you to look for an internal mentor, someone who understands the dynamics there, and ask for help in navigating the situation.

Assuming that everything you say is true, it is clear that this is not a great place where to “work”.

I suggest that you should apply for other jobs.

PS: Please also consider that M&A advisory is not in great shape at the moment, so I don't expect that over the next few months things will improve.

I'm sorry to hear this - that's really unfortunate. It's a bit hard to advise without knowing the internal politics, but at a minimum I'd recommend speaking with HR to ask for help. Do you have a mentor or a buddy you can speak with to help you navigate the politics? And do you know your Director's EA? If not I'd recommend getting to know them and asking them for help getting time with him. I'd continue to ask your performance manager for help, and perhaps get them to talk to your Director?

I hope that helps and good luck!

Thank you for sharing. I can imagine that this must be a frustrating experience.

First of all, being on the “bench” or the “beach” for 3 months is not that unusual. I have witnessed many consultants working on internal assignments for that amount of time or even longer (also during “normal” market conditions).

From what it sounds like to me is that there is a communication discrepancy in your firm and specifically around your managers. I gather from your question that you are uncertain about your standing in the new company and are concerned for your job security. You would be more satisfied if you were actually doing work for clients instead of internal stuff. But you don't necessarily dislike the overall topics you are working on or feel a strong mismatch in terms of company culture (at least not yet).

I would therefore not pull any triggers regarding quitting after only 3 months. In my opinion, you need to have the chance for a dedicated conversation around proper target setting and expectation management first and then give it some time to see how things play out and if the situation improves. I also think that at this point, you can afford to be a bit more proactive and pushy to get a meeting with your supervisor.

Check his calendar and pick a slot that is open to schedule a placeholder meeting with him. In the invite, you write a few sentences on how this is your attempt on getting a meeting on the books after something came up (unfortunately) the last times you were supposed to meet. You should also write a few bullets on your proposed meeting agenda with the key topics you want to discuss with him. Lastly, ask him to please propose an alternative time for this meeting in case your suggested slot doesn't work for him.

If it really doesn't pan out, you can still switch jobs after 6 or 7 months with a more valid reason. 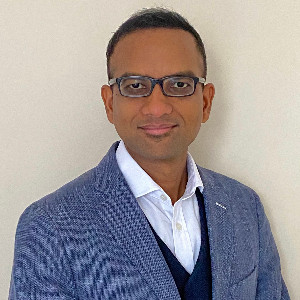 Mit Premium freischalten
Stil:
Candidate-led (üblicher Stil)
Themen:
Organisationsverhalten
Bewertung:
3,4
FastNFurious is a sports car manufacturer based in Germany. With the ban on petrol and diesel cars imminent in EU, they are trying to get ahead of the game and switch to electric sport cars production. Recently they announced a 3-year digital transformation programme to overhaul their proc ... (Ganzen Case öffnen)
1,8 Tsd.
mal gelöst
3,4
< 100 Bewertungen
Fortgeschritten
Schwierigkeitsgrad

How to become a Big4 Partner ?

How to become a Big4 Partner ?