Does anyone know anything about management consulting in Australia/Sydney? In particular,
- what is the culture like?
- which firms are the "big players" in the local market?
- how is Australian work experience viewed internationally?

For context, I received an offer for OW Sydney but have not spent time in Australia/never been to Sydney. Choosing between OW Sydney and an analytics firm (Applied Predictive Technologies) based in the US.

I worked for McKinsey in Sydney so thought I would just share a few thoughts:

- The industry is very consolidated - McKinsey, BCG, and Deloitte are probably the biggest players though Bain's offering is growing. I think OW is in a similar boat but don't know their situation well. McK for example now has 6 offices across ANZ (Syd, Mel, Bris, Perth, Canberra & Auckland)

- Australia is much more insular as an economy than most of the world, so consultants here typically stay in Australia a lot more than a UK one would stay in the UK (though this may vary by firm). Work in consulting typically mirrors the economy, so mining and banking are the 2 big area's here

- Culturally consulting in Australia is very laid back. In McKinsey it's almost certainly the least formal and best for lifestyle (read hours) office globally. I worked across 15 off offices in my time and nothing really came close. It may vary by firm though

- Australia is well regarded, but doesn't quite have the repuation of London or New York. Ultimately I have found employers care far more about the company you work for rather than where you work for them

- McKinsey is probably close ot 50% foreign born. Sydney in general is a very mulicultural and ex-pat heavy city, and definitly an easy place to live (I am still here)

I would encourage you to consider the personal implications of moving to the other side of the world. This is what many of my colleagues found the hardest

Hope this helps, let me know if you want any further info

More and more people are moving there for consulting. It's like a new Dubai.

I can tell you about McKinsey:

Style:
Candidate-led (usual style)
Topics:
Growth strategy , Market analysis , Market sizing , Operations strategy
Rating:
4.4
Your client, large automotive OEM WyCar, has developed its first fully electric vehicle (EV) and introduced it as a pilot on the Austrian market last year. However, sales have been far below the expected numbers. The management has engaged you to support them in understanding the reasons and advise ... (Open whole case)
104.2k
Times solved
Intermediate
Difficulty
4.4
6.6k Ratings

Style:
Candidate-led (usual style)
Topics:
Profitability analysis
Rating:
4.1
I’m thinking about setting up a wine cellar in my basement. The way I see it, shelf space would be divided into two sections: (1) a “drinking” section where I store bottles for my own consumption and (2) an “investment” section where I store bottles that I intend to sell at a profit after they ... (Open whole case)
78.5k
Times solved
Beginner
Difficulty
4.1
3.6k Ratings

Style:
Candidate-led (usual style)
Topics:
Operations strategy , Profitability analysis
Rating:
4.4
TrainCo is a manufacturer of rolling stock, or trains, with production sites in three European countries. The company has seen declining profitability over the past years; however, they are currently in a very good position to bid for and win a big contract for regional trains for a Swiss national r ... (Open whole case)
57.0k
Times solved
Beginner
Difficulty
4.4
4.6k Ratings

Unlock with Premium
Style:
Interviewer-led (McKinsey style)
Topics:
Operations strategy , Organizational behavior
Rating:
4.4
[PLEASE NOTE: This is a technically difficult case and should only be completed by those coming in as a Technology specialist, i.e. recruiting for McKinsey Digital, BCG Platinion, etc.]Our client is a multinational oil and gas company. While they are vertically integrated and have upstream, midstrea ... (Open whole case)
7.9k
Times solved
Advanced
Difficulty
4.4
< 100 Ratings

Oliver Wyman Iberia Case: Sustainability Concept of a Bitcoin Mining Company in the US

Style:
Interviewer-led (McKinsey style)
Topics:
Capacity change , Competitive response , Growth strategy , Profitability analysis
Rating:
2.3
Bitcoin has become the undisputed leader in the crypto market. However, it has also become a "hot topic" because of its negative impact on the environment. Our client is a Bitcoin mining company in the US whose computers are connected to the power supply entirely but has a growing interest in becomi ... (Open whole case)
1.0k
Times solved
Intermediate
Difficulty
2.3
< 100 Ratings

When do consulting firms usually hire experienced hires for a generalist position? I heard they are currently not hiring

How does Oliver Wyman differentiate itself as a consulting firm? 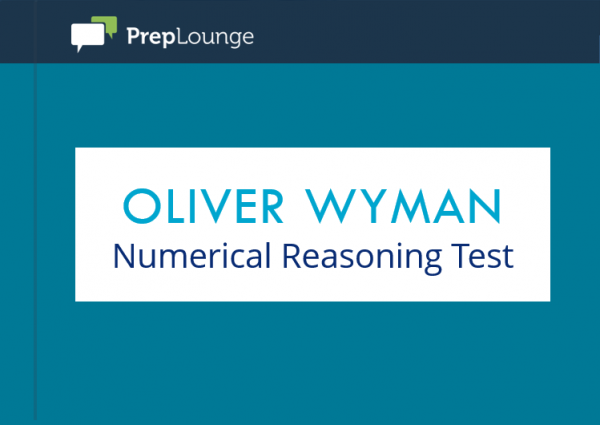 When do consulting firms usually hire experienced hires for a generalist position? I heard they are currently not hiring

How does Oliver Wyman differentiate itself as a consulting firm?