How does UBer/Lyft,etc measure what city is best and how do they approach it? Net Revenue could do it but what about other metrics like n° of new users, avg riders per user, etc... Market share should be a big factor but how do they know which city is better?

I founded a company with a city-based approach similar to the one of Uber and Lyft. The main criteria that we took into consideration to open new cities were:

In our case, costs where pretty similar whatever the city opened, therefore we concentrated more on the revenue side. With other models, acquisition cost and set up costs could also be relevant criteria.

Ad Vlad said this is more relevant in the initial stage, after that you consider more a country–level expansion rather than a city–level one (potentially with similar criteria).

Thanks Francesco! Those are overall growth metrics but what about city health? How do you measure that? Perhaps I expressed myself incorrectly but what I meant was which one is best and what is the worst taking into account daily operational metrics like completed/requests, aETA, etc

Hi Anonymous, in terms of daily operation you may consider both revenues and costs metrics to ranks different cities; in our case, for a given level of supply available, the revenues metrics were based mainly on the demand side (users performing the desired activity in the app). Costs metrics were based on the cost of acquiring users performing actions and suppliers providing listings. Each of these dimensions had sub-buckets/funnels which were dependent on the business. According to the funding available, an important element for the health of a city may also be related to how far you are from an expected level where the city is self-sustainable and cash flow positive in case you stop investments for growth. Hope this helps, Francesco

I've been working at Lyft. That's a strange question. The companies are not deciding which one is better since the end goal is to be everywhere. You just have the cities with a big population and a long tail of small cities. If you are at the early stages, obviously you prioritize bigger population. Short tale requires different operating models and has population cutoffs as well.

Style:
Candidate-led (usual style)
Topics:
Growth strategy , Market analysis , Market sizing , Operations strategy
Rating:
4.4
Your client, large automotive OEM WyCar, has developed its first fully electric vehicle (EV) and introduced it as a pilot on the Austrian market last year. However, sales have been far below the expected numbers. The management has engaged you to support them in understanding the reasons and advise ... (Open whole case)
105.3k
Times solved
4.4
6.6k Ratings
Intermediate
Difficulty

Growth questions are among the most common questions in consulting case interviews: gather the necessary Information about volume and price to find the best growth lever

What is the difference between a market entry case and growth strategy case? 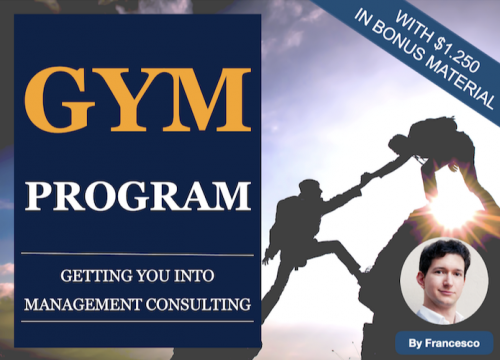 What is the difference between a market entry case and growth strategy case?