Does not receiving an offer from one MBB firm mean that you may not do well in interviews at another MBB firm? I just received news that I did not get an offer after a final round interview with one MBB firm. I have a first-round interview on Monday with another MBB firm but am worried that if I have not met the bar before, I may not meet the bar again. I also have to admit this kind of shook my confidence a bit. Do you have any advice for me? Has anyone been in my shoes before and had success? Any advice would be helpful and appreciated!

Rejection from one MBB firm does not mean you cannot meet the bar in interviews with other firms. In an interview, the interviewer is seeking evidence that you can handle the analytical and client relationship/communication complexities that the role requires. It is possible that you were not able to demonstrate your abilities in one scenario but you could in other scenarios.

I myself converted two MBB firms but was rejected by the third firm.

The best approach is to book a coaching session with a former interviewer and get pointed feedback on what might be derailing you.

Not at all! There are many unknowns, subjective factors, and questions of luck involved in the recruiting process, so just because you were unsuccessful with one firm does not mean you will be unsuccessful with the rest. In fact, it is extremely common for candidates to see very different outcomes between different firms, so your experience is far from unusual (I actually had this experience when I was a candidate too!). So don't let one rejection get you down too much - you are still very much in the game. Listen to any feedback they have given you, and prepare and rest up to make sure you are able to give your best performance at the next interview. Best of luck!

Was this answer helpful?
6
Book a coaching
Rami
Expert
replied on Aug 04, 2022
Ex-BCG | 100+ coachings & interviews @ BCG | I will teach you the core skills needed to ace your fit & case interviews

Not at all! Remember that (1) you not only made the interview cut (being filtered among 1000s of candidates), which shows your profile and CV are attractive; (2) but you also made it through the first round interviews, which shows you have great skills and potential.

There may be many reasons why you didn't make it, including you not being at your best on that day, other candidates being slightly better than you, or simply you didn't have the right fit with the firm's values and culture.

At this stage, you should:

Always remember: what's done is done, you learn from the past and focus on the future.

Case in point: I personally got rejected from Bain (not even invited to interview), rejected after McKinsey final round, before receiving a BCG offer. In the end, I was grateful given BCG was a much better fit from a company culture perspective. Things happen for a reason :)

Not in the slightest! You have to remember that this is all an odds game! No-one has a 100% chance of passing an interview.

Additionally, you passed the 1st round. That means you're close! Don't let this affect your confidence - they saw enough in you to pass you from the first round :)

Now, I would highly recommend a single coaching session. Getting a professional to tell you exactly where you can fix any lingering weaknesses is critical (and has a massive ROI potential).

And some for your fit: https://www.preplounge.com/en/articles/tell-me-about-yourself-interview-question

There is limited correlation between your chances of getting an offer. In general, if you are strong in case fundamentals and well structured in your PEI, you always have a good shot at getting in. That being said, remember that competition is really high for these spots and a lot of it comes down to luck on the day of the big interview.

The other point to note is the difference in interview styles. Getting an offer with McKinsey does not make it more likely that you will also do well with BCG because the stylistic difference in the case interviews can be very pronounced and will impact  your results. Other differences also exist - for example, McKinsey places a much higher burden on PEI vs Bain does.

In short - try to put the experience behind you and know that you have as good a chance as you did prior to the rejection or even slightly higher now that you have gone through a stressful process once.

Was this answer helpful?
0
Book a coaching
Anonymous updated the answer on Aug 06, 2022

As other have stated, being rejected at the final round with an MBB is in no way an indicator that you will fail at future MBB final rounds (or with the same MBB at a future date should you wish to re-apply).

Let me add a different perspective. In the year I joined McKinsey, my mates and I estimated the Offer rate was <1%; or, in other words, out of every 1,000 candidates who applied, only about 10 were given offers.

By getting to the Decision round at your MBB (and assuming that McKinsey numbers are roughly representative of MBB numbers), you beat the odds of 1/20 * 35/100 * 1/4…which is 0.44%. By getting to the Decision round, you proved you had what it takes just by the numbers. Furthermore, you should also realise something very important: first-round interviewers at MBB are mid-hierarchy colleagues whose talent assessment judgement is on the line in the eyes of the partners. They will not suffer avoidable embarrassments.

This is partly why the Decision round has a relatively high performance rate of about 50%. However, partners sometimes approach their own assessment decisions with inherent biases that could disadvantage the perfect candidate on a mere quirk.

So, all said, the fact that you have gotten through to a Decision Round interview at MBB means you are primed to excel at the Consulting interview process at other MBBs and other Consulting firms for that matter.

Sorry to hear about the rejection. In terms of your questions:

1) Does not receiving an offer from one MBB firm mean that you may not do well in interviews at another MBB firm?

No. Most candidates apply to all MBB and don’t get offers from all.

You basically have two options: either go to the interview or postpone.

Unless you believe you can significantly improve in the area where they provided feedback (assuming they did provide it), I would not postpone. My hypothesis is that you should be fine at least for the first round given you passed it with the other firm, but it is a personal decision. 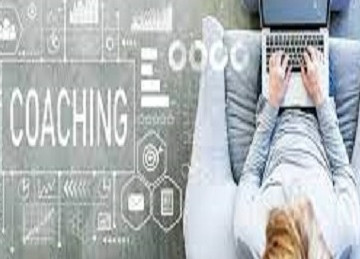