I was offered to take the online test. It seemed totally confusing to me since I don't usually play games and not familiar with such platforms. So, I do think this put me at a disadvantage for not being selected for the upcoming steps.

Isn't the fact that you're even able to be on PrepLounge (i.e. internet, computer, etc.) unfair to others? If you've purchased any book or hired a single coach, you already have an unfair advantage.

I know people in some countries right now with capital controls...they can't even pay for coaching if they wanted to. Others are in neighborhoods with noise 24/7 and spotty internet.

Where do you want to start with fair? Forget fair and focus on what you can control and the hard work you need to put in to earn your right to work at McKinsey!

Hi, yes, I also think gamers will find familiar patterns in solving the Imbellus and can have developed useful skills. However, it is not crucial having a past as gamers, as well as you do not need a business background to solve cases (even if it is an advantage). Good luck with next applications and feel free to text me for any tips on how to boost them

The online test is designed in such a way that it does not offer relevant advantes or disadvantages if you are not a native gamer.

What does not really help as such is being a gamer, what actually helps is building a strategic mindset, and one (maybe not very efficient, but still possible) way is to play games like that.

Hope this helps - if so, please be so kind and give it a thumbs-up with the green upvote button below!

Was this answer helpful?
6
Book a coaching
Anonymous B replied on Jun 11, 2020

Maybe, maybe not, but if you thought playing games could enhance your odds of passing the digital test, why didn't you start playing video games as practice?

Also, with your logic, if, instead of a gamified assessment, they had a math test, would somebody who was not a math major complain that the test was biased against them?!

You were not at a disadvantage. Thinking that you were only because they tested something you were not familiar with despite the fact the the vast majority of candidates probably faced the same challange is not a mindset I would recommend.

Your experience of its abcense doesn't help you in this particular test. Actually this digital assessment it's just a new form (way) of assessing your skills of strategic thinking and problem solving. And it's not about gaining some awards, cheating or gambling.

If you need any further help or advice, feel free to reach out.

I believe that the fact that is gamified is precisely to make it more friendly for everyone, don´t really thing that playing games gives you an advange here.

Was this answer helpful?
3
Book a coaching
Anonymous C replied on Aug 30, 2021

I actually only learnt about the game when HR called me for the 1st round interview. I also failed the game assessment and wasn't given any specific feedback.

That said, I don't think the game gives an unfair advantage to the frequent gamer for 3 main reasons:

- While the platform is gamified, the content is simply solving 2 problems with given data, very similar to the case interview

- I rarely play any game at all.

What is it and how to become one? 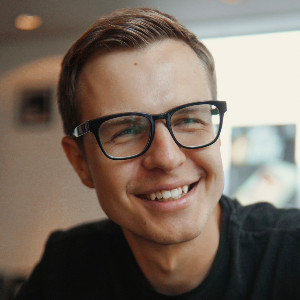 Unlock with Premium
Style:
Candidate-led (usual style)
Topics:
Operations strategy
Rating:
4.5
Our client is Yoda's Phones, a national telecommunications company. They have embarked on a three-year, multi-million dollar digitization program. Unfortunately, two years into the program, they realize they are significantly behind schedule and over budget.You have been brought in to right the ship ... (Open whole case)
6.0k
Times solved
4.5
< 100 Ratings
Intermediate
Difficulty

What are exit opportunities after a consulting role in Digital BCG/ McKinsey Digital ?

How to effectively understand articles on newsletter and websites of consulting firms?

What is it and how to become one?

What are exit opportunities after a consulting role in Digital BCG/ McKinsey Digital ?

How to effectively understand articles on newsletter and websites of consulting firms?