He said“It doesn’t matter how smart you are or aren’t, you need to make up in hard work what you lack in experience, skill, intelligence, or innate ability. If your competitor is smarter, more talented, or experienced, you just need to work three or four times as hard. You can still beat them!”. My question is is it applicalble in MBB? or since MBB hardwork is the norm , you have to be smarter or more talented? Thanks a lot.

I really like you raising this point..here's my personal view:

There will always be somebody better and smarter than you. If you are the best & smartest in a given moment or time window in your school/company, you could be displaced over time. The focus should be on how can you squeeze maximum value out of your talent- whatever that is. Once you land in that spot, success is inevitable. Lucky are those you figure this out early but most people takes some years of trying and taking some risks.

To get to that point, hardwork is the most important pre-requisite. If you want to become really good at something, you can't do without investing the hours. Its a marathon not a sprint. Some super smart people accelerate quickly but run out of steam later. This applies to everything in life and not just working in MBB.

So, based on my personal experiences, I can share that take all the nuggets of wisdom from books, people and other sources, but execute in a way thats personal to you. You dont have to work 14hrs like everyone else. But then find something else you can do with the time you save that will bring out your talent.

Thank you very much.

I need to admit that your post it´s a funny one.

Einstein also said "hard work substitutes intellingence and creates it", and I believe this applies to all fields of life.

Particularly, preparing for MBB is something with a huge learning curve, and for sure you can learn it (and fast, and even having fun)

First of all, hard-working employees are appreciated everywhere, not only in MBB. From my point of view, the quote appeals to all employees and hires.

Besides, all these qualities can easily be trained, and having filled one lack leads to lacking something else, it's a complex network, I would say, and the hard work in all its meanings never stops.

Do you need any help with that?

I really like Darren Hardy and follow his podcast daily. He has a lot of great tips.

Working hard helps and it is necessary to be successful. But you also have to work smart – meaning work in a direction aligned with your true potential. Working hard by itself is not enough. You could easily work hard...in the wrong direction.

The best way to discover your talent and grow fast is to read great books and meet great people. Personally, my biggest Aha moments came all from that.

I intered in a consulting firm, and at some point, while a group of junior consultants and interns were sitting in the open space office, a guy said: "No matter how long you stay tonight, I'll stay longer than you." I don't know where that guy is now, but I doubt his was the mentality of a winner. It's the attitude of immaturity, lack of confidence, lack of team spirit, helplessness, and even arrogance.

I was utterly shocked by all the implications of this phrase and vowed to myself that I'll never be that person.

Ok, so let's think about this for a second...Darren Hardy is a "Success Mentor". He's a motivational speaker.

Would any motivational speaker say "Some people just don't have it"? Of course not!

At the risk of coming off wrong, I have to be super super blunt here: Some people just don't have it. Just like you would never attempt to become a professional football player, or the world's greatest singer (without natural athleticism or a good starting voice), someone who does not have some base level of innate intelligence should not try to make it to MBB. Their time is better spent elsewhere on other things.

That being said, there are plenty of people who have worked their way into MBB and openly admit it. Still, they are still at a minimum moderately intelligent people!

I was asked to leave the firm, can i go back 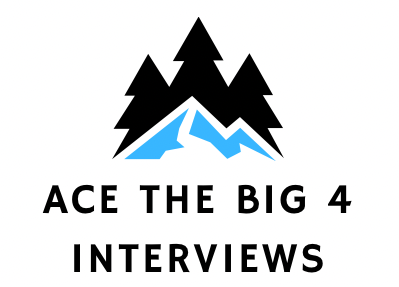 I was asked to leave the firm, can i go back