In behavioral interview, I mentioned a project that I've done when I was an inhouse consultant. Then I was asked  "what was your role in the project? your role, not the team's contribution"

I answered my responsibility was working on the xyz workstream, looking at xyz pillar.

It doesn't seem impressive. How should I answer this?

Hi there,
This is a great question and our coaches have already given great insights.
Nonetheless, I wanted to recommend having a look at some resources that might be helpful with FIT questions just like the one you were asked during your interview.

1. Our interactive stress question tool – Here you can go through more than 110 possible questions that could come up during the personal fit part of your interview.

2. Also, I would like to recommend Clara’s Integrated FIT Guide to you. It provides an end-to-end preparation for all three MBB interviews, as well as other consulting interviews, combining key concepts review and a hands-on methodology.

3. Further readings that can help you prepare for your FIT Interviews:

If you have any further questions in terms of helpful resources for your FIT interview or the interview in the consulting industry in general, don't hesitate to reach out! I am happy to help!

Was this answer helpful?
14 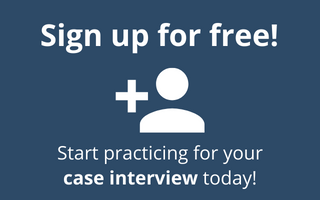 So, first, you should generally be leading with this in the first place! And, furthermore, make sure you're able to provide a succinct answer to this for all of your past jobs!

Now, in this particular case, you gave the right answer! What you could have added is some of the key roles & responsibilities you had...as in what did you actually do on xyz workstream....what did looking at xyz pillar look like?

Was this answer helpful?
9
Book a coaching
Henning
Expert
replied on Oct 20, 2020
Bain | passed >15 MBB interviews as a candidate

This questioning technique is very typical in consulting interviews. The interviewer tries to understand what your contribution was - are you just describing a project that happened at your company while you were there or did you actively shape it and what did you learn from that experience.

Therefore, these two questions are what you should answer: Explain how you personally contributed to the project's success, ideally with specific achievements that were directly linked to your contribution. And don't forget to explain what a personal take away was. Especially if it was a difficult problem that you struggled to solve at the beginning, as strong retrospect on lessons learned can be a powerful closing of these types of answers.

You gave a correct answer, which is ok, but just as a start, since it was was task-focused and static.

However, you should highlight the real-life impact you had for the client by contributing. By that, your answer gets client-centric and solution-focused.

Hope this helps - if so, please give it a thumbs-up with the green upvote button below!

You answered correctly but I would frame the entire story around you as the protagonist and the specific 'problem' you solved as opposed to it being a team exercise where you were one piece of the puzzle. You should never lie about your role and contribution but how you frame it can come across very differently!

Claiming individual credit and promoting yourself doesn't come naturally to many people. If this is you then, I would push yourself to try and do more of it as the interviewer wants to hear more about how you act and behave in specific situations.

Think of yourself as the lead actor in your film. How would you describe your part? :)

There is a start, middle and end. Follow STAR approach, explain context properly, provide specific quanitifable achievements, be honest and concise. Show ability to fail and learn quickly. Show that you take calculated risks and beat the bad guy out. Enjoy telling your story.

To complement (not replace) what the others have written, the interviewer will be looking for cues to assess (1) how well you understood your role in the team, (2) what was your personal contrinbution to team's results, and (3) what helps explain the quality of your contribution.

It can help to think of a team sport as a metaphor (I'll use football since it's the easiest). When you examine Barcelona's last match, how would you analyze Player X's performance?

The analysis would start with an understanding of X's role (item 1 above): X has/had a very clear role to play in the team (let's say X is left winger: he's supposed to defend from attacks on the left flank and create offensive opportunities by bursting forward on the left flank and kicking balls to strikers in the box); this role differs markedly from other roles in the team (striker, central defender, etc...). The role describes the player's responsibilities i.e., what he is supposed to do. It sounds like you already described your role in your answer

Once you understand the role, you can then talk about how well he performed in his role during the last match (item 2 above). He did really well or poorly in his role (independendly of team performance). For example, we can say he did really well because he thwarted 7 attacks from opponents and created 6 concrete scoring opportunities, 2 of which resulted in actual goals.

Then you can think/talk about why he performed so well (item 3), i.e. the underlying capabilities that underpinned the performance: great placement (always in the right place at the right time), great speed, high passing accuracy, and an intense desire to perform at his best.

Your logic is right, what I can add to this to make your answer brighter is to broaden your understanding if this answer.

Basically, the question behind this question from the interviewer is to get an understanding of how is your experience, skills, and accomplishments make you an ideal candidate for that specific role.

So, to answer brilliant on this question take out from your resume the most relevant experience and structure your narration in a way that will reply to the following questions:

Was it helpful for you?

How You Should Prepare and Respond

How to Answer Based on Your Resume

I am one week away from final round. What are some quick ways to be concise?

How You Should Prepare and Respond

How to Answer Based on Your Resume

I am one week away from final round. What are some quick ways to be concise?