Your client is the government of a region in southern Spain. Situated in this region are the country’s main tourist locations, mostly beaches.

The government is not satisfied with the revenues of the tourism sector. They have contacted our company to find a solution for this problem.

The case is split into two parts.

The first part describes more qualitative problems and has more open questions that should make the interviewee think about the problem and its solution.

The second part is more about quantitative problems and calculations. Here the interviewee should try to make his own calculations and solve the questions.

The questions in the big boxes should be read out and shared with the candidate.

The following framework/structure provides an overview of the case:

1. For what kind of information would you ask the government?

The answer should include some of the following points:

2. How would you interpret the graphs provided by the government?

You should share diagram 2 and 3 with an overview of the change in tourism in the last years.

A good answer would include:

There could be several reasons for this:

3. Why is decreasing revenue per tourist a problem?

Here the candidate should focus on the decreasing profit instead of only looking at the total revenue.

4. How could you measure the capacity on the market in this case?

There are many different capacities that can be measured:

Capacity bottle necks in accommodation are considered to be more severe than in one of the transport sectors or on the beach. Without available accommodation no additional tourists will come to the region.

5. What are the following figures telling you about the capacity of the region?

You should share table 1 with an overview of the capacity in the region and the main competitor.

This shows that the region’s capacity during August is getting pretty stretched and that there may be some capacity issues in the peak season.
The off-peak season on the other hand is not fully utilized and occupancy levels are even below the level of the competitor countries. This is partly due to the fact that there are no business activities in the region (conferences, etc.).

6. The government wants to invest in a new terminal for their airport in Malaga, the biggest city in the region. Please assess the feasibility of this plan.

Information that should be shared with the interviewee:

The candidate should realise that he/she needs more information.

The main conclusion here should be that:

7. If you have to report to the governor right now, what would you tell him/her?

The main conclusion should be:

Other possibilities would be to increase the average tourist spendings:

Dealing with the airport’s capacity problem:

What different segments exist in the market?
Which one do you consider the most important? 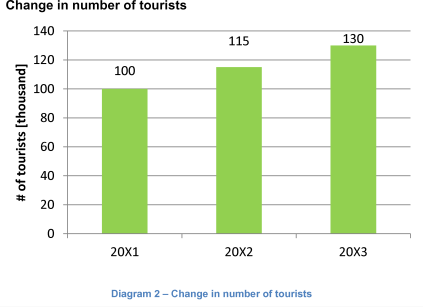 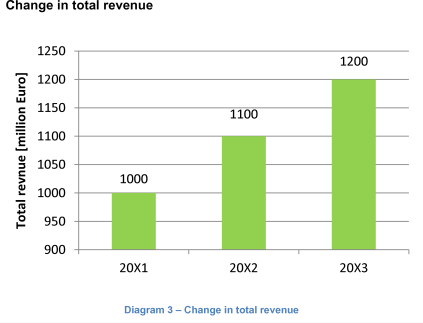 It should be assumed that 100% of the capacity is used by tourists (there are no business activities like conferences in the region).

Market Sizing Questions are used to test your quantitative & reasoning skills. Learn more on how interviewers evaluate your given answer!

Growth questions are among the most common questions in consulting case interviews: gather the necessary Information about volume and price to find the best growth lever

Learn to crack Profitability Framework Consulting Cases, which are the number 1 reason for real consulting projects and hence are an important case type.

1 related question Quiz
11.9k
Times solved
Intermediate
Difficulty
Do you have questions on this case? Ask our community!
Ask a question

It should be assumed that 100% of the capacity is used by tourists (there are no business activities like conferences in the region).