Duraflex is a German footwear company with annual men’s footwear sales of approximately €1 b.

They have always relied on the boot market for the majority of their volume. In this market they compete with three other major competitors.

In the fall of 2019, Badger – one of Duraflex’s competitiors – launched a new line of aggressively priced work boots. The strong success of this line has caused Duraflex’s management to re-evaluate their position in work boots.

With limited additional resources, the management must now decide if they should focus their efforts on competing with Badger in the work boot sector, or allocate their resources on further strengthening their position with casual boots. The management team approached you and asked for your advice. In order to advise them on their future work boot strategy please prepare first some insights regarding market size and competitive landscape.

To begin with, some consulting colleagues developed a 20 minute quantitative telephone survey that was conducted among 500 randomly dialed consumers across the country’s 6 primary regions. In addition, the consultants completed some internal cost and pricing analysis for Duraflex’s work and casual boot lines. The market pricing analysis showed Duraflex competing at the premium end of the market for both its casual and work boot lines.

The company can either:

Each option has its own justifications and implications.

The following structure provides an overview of the case:

The interviewee should ask general questions about the company and its competitors to gain an understanding for the overall situation.

Information that can be shared if inquired by the interviewee:

Share Diagram 2 with an overview of the market shares if inquired.

To find the size of the market, we can use the following equation:

Share Diagram 3 with an overview of the propensity to buy boots by male population segments.

Diagram 3 shows us the population for each segment and the share thereof that bought boots. We therefore need to find the number of boots sold and the average price of each pair. For this question, the candidate will need to make some assumptions.

Information that can be shared if inquired by the interviewee:

Avg price per pair of boots

Share Table 1 with an overview of the working boot market calculations.

The interviewee should now analyze why Badger is outperforming Duraflex in the work boot market. According to the data we have and what we know as industry dynamics, the analysis can be split in 4 main areas that would demand further study:

Badger has lower margins (both absolute and relative); given already higher market price, Duraflex has limited flexibility to raise its boot prices; Duraflex may lower its margin somewhat and shift emphasis to labour and materials.

The company can either:

Each option has its own justifications and implications. 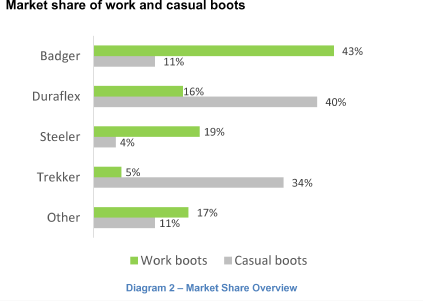 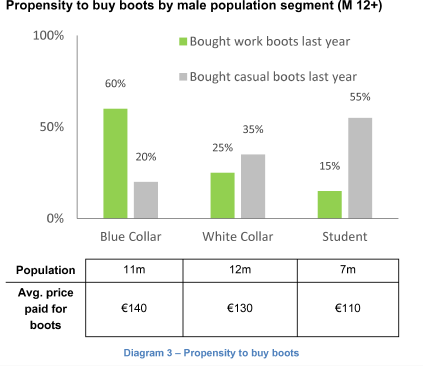 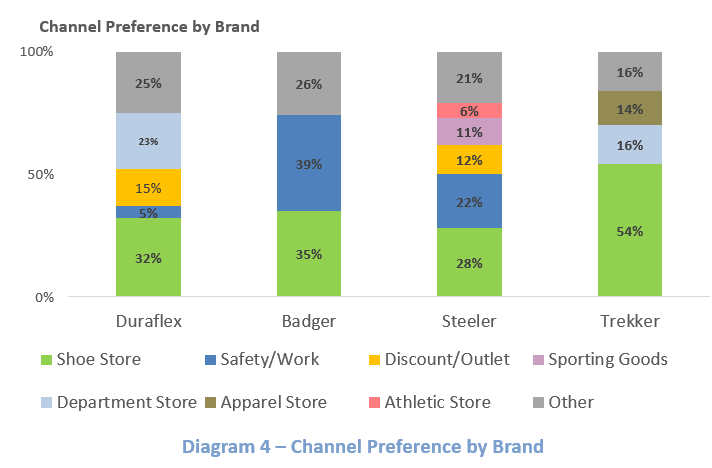 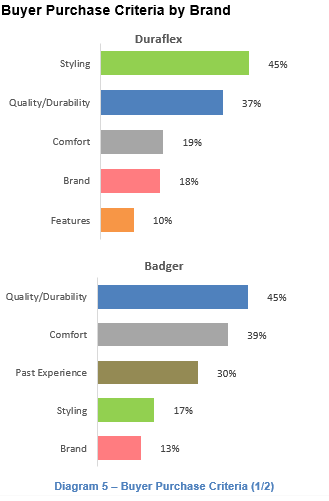 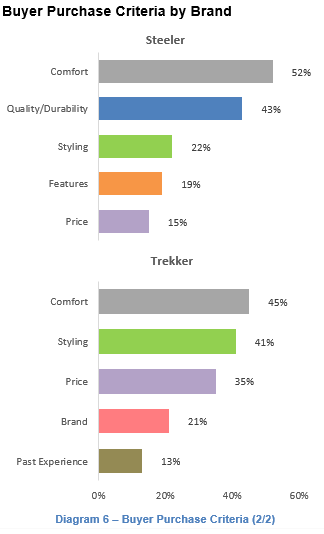 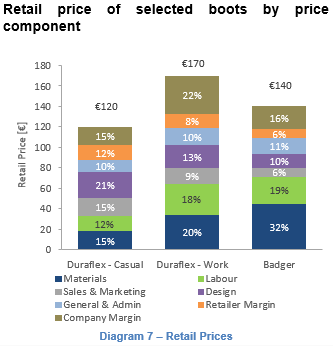