Nutripremium is a very well-known premium nutrition food company in Europe (€1 billion revenue last year). It is based in Spain and has an excellent market share not only in its home country but also in Portugal, France, Italy and Germany.

The CEO of Nutripremium thinks that the market in Europe is starting to get saturated and wants you to analyze the Chinese market.

What are the key areas you would explore to determine whether this is a good idea?

This case has been applied by McKinsey in a first round interview. As usual, McKinsey cases are interviewer-led.

That means that the interviewee gets several intermediate questions from the interviewer and has therefore to worry a bit less with the overall case structure than during an candidate-led interview (usual at consulting firms other than McKinsey).

As the interviewer, you have the choice to let the interviewee lead the case (letting him follow his own framework), or lead yourself the direction of the case (for example by following the suggested approach).

Nutripremium should not expand to the Chinese market.

Here the interviewee should dive into the potential of the new market.

Share Table 1 with the interviewee and ask him to calculate the potential market for pregnant women products and for sick patients.

With the given information it should be possible to estimate the total market:

Assume that, on average, a Chinese woman has 2 babies in her lifetime (pregnancy: 18 months = 1½ years).

If we assume a life expectancy of 75 years, then we have on average 2% of all female population pregnant at a given time.

Assuming the population of China has 1.5 billion people and that 50% of the population are women, we then have 15 million pregnant women.
Out of these, only 10% consume special nutrition foods, i.e. 1.5 million women.

With an average expenditure of €150 per woman per year, the total market for pregnant women is then €225 million per year.

Using a similar estimation strategy, we can assume that on average 2% of the population has cancer at some time in their lives and on average for a duration of 5 years (after that they either are cured or passed away).

To simplify the calculation, we assume 10 times more people have diabetes, i.e. 20 million people.
So we have a total of 22 million sick people. Out of these, we assume that about 10% of the sick patients actually use special nutrition products. The total market is then:

The total market for sick patients is €660 m per year.

The interviewee should also come to the conclusion (by asking whether the customers in China would like to buy the same product sold currently in Europe) that new types of products would need to be created to suit the Chinese taste.

The costs for this would be around €2 m.

Here the candidate should inquire about the company’s capabilities of expanding to a new market abroad.

Information that can be shared if the interviewee specifically asks for it:

This is the most important part of the case. Although the market seems promising from its size and growth, the assessment of the competitive landscape should compel the candidate to take a position against the expansion.

Share Diagram 2 and 3 with the interviewee to explain the competitive environment.

It is evident that there are three main competitors and that the government holds big shares in them.

Therefore the interviewer should share the following information if the candidate asks:

At the end of the case interview, the interviewee should wrap up the case referring back to the main findings throughout the case in a summarized and logical way.

A possible closing to this case could be:

I think Nutripremium should not expand to the Chinese market at this moment for 3 main reasons:

How many cancer patients would we need to have for our cancer product to break even?

Since the margin is 20% for each dose, each customer means a profit per year of around €100.

We conclude than that we need approximately 150,000 customers for break-even in our cancer product. 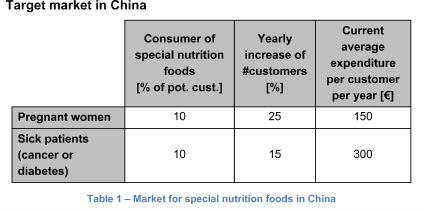 The market for special nutrition food in China is rapidly expanding. 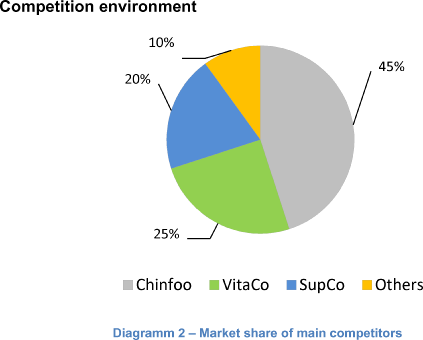 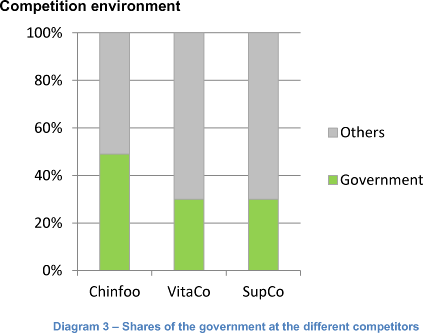 The Government is shareholder at all 3 of them with different shares.

Luca Expert Content Creator
gave the best answer on Jan 02, 2020
BCG |NASA |20+ interviews with 100% success rate| 120+ students coached |GMAT expert 780/800 score
Hello Babu, I fear that you didn't get the meaning of the first passage. I will try to reword the process below: Estimation of the pregnancy time per each woman in China:: - Assume a woman h ... (read entire answer)
View details
Question on case Nutripremium
Calculation - Number of People Who are Sick
Nutripremium

Luca Expert Content Creator
gave the best answer on Feb 27, 2020
BCG |NASA |20+ interviews with 100% success rate| 120+ students coached |GMAT expert 780/800 score
Hello, 2% is the population having a cancer in his life. The next step is: if one has a cancer in his life, what is the probability that he has a cancer in this moment? This probability is 5/75, the ... (read entire answer)
View details
Question on case Nutripremium
Why 11%
Nutripremium 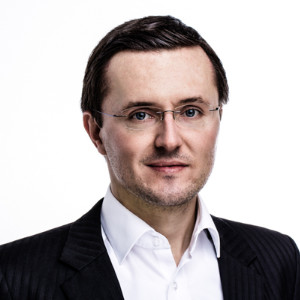 Robert Expert Content Creator
gave the best answer on Mar 10, 2020
McKinsey offers w/o final round interviews - 100% risk-free coaching - 10+ years MBB coaching experience - Multiple book author
Hi Anonymous, I had a quick look at the case you mentioned. In my understanding it comes from this part: "A new factory in Spain that produces €100 m worth of products". So we are now talking about ... (read entire answer)
View details
Show all questions on this case (6)
Related BootCamp article(s)

Market sizing questions in case interviews are used to test your quantitative & reasoning skills. We show you how to solve them using a step-by-step approach.

1 related question
70.9k
Times solved
Advanced
Difficulty
Do you have questions on this case? Ask our community!
Ask a question

The market for special nutrition food in China is rapidly expanding.

The Government is shareholder at all 3 of them with different shares.