I am currently a second year master student. Recently, I received an offer from EY-Parthenon to work with them after graduation. Currently I'm interested in Private Equity firm as a potential exit. However, I do realized the spots for PE are quite competitive and normally ex-MBB are having the top priority. On the other hand, my application didn't went well for MBB (Rejected during the final round with Mckinsey, no interview invitation from the others).

So far I noticed there are 3 potential scenario to pursue to land a PE firm offer.

1. Lateral move to MBB then switch to PE after several years

2. Pursuing MBA after several years with Parthenon, then move to PE

3. Try to apply to PE directly after several years with Parthenon

Of course things could change during my first couple of years with the firm, but assuming my desire for Private Equity remained the same, I would love to know which is a better option to pursue a megafund private equity firm? Also, I'm aware that Parthenon is doing a huge amount of business DD, but so far it's quite hard to find people who made the switch from Parthenon to megafund PE

Hi,
since the 90+% of the PE associates come from MBB, top MBA or top investment bank, with scenarios 1. and 2. you would build the most appealing CV. However, I would recommend applying right now to PE and playing your cards.

It's extremely hard to get a PE offer post-MBA even from the top3 Schools. Thus I would not rely too much on that option.

You should chase both options - applying to PE directly and after MBB. MBA can be a way to MBB (again better top schools). Look also at IB - it's a bit easier to get a PE offer with IB experience

The key to securing a PE offer is networking, so you should concentrate on that as well

I agree with Vlad that IB could also help to reach PE.

In case you want to keep the options limited to consulting, I would consider the likelihood of the three options in the order you listed them – you can probably attempt to switch to MBB after 1-2 years at Parthenon.

If your end goal is PE, then you should either:

Moving to MBB just only to secure a PE offer seems a bit far-fetched, as it will require quite a lot of effort to secure an offer from MBB as well (you could put the same effort to network and secure interview invites from PEs as well).

PE is doing very well in PE and is one of the strongest firms there, but doesn't work with funds as big as the ones working with Bain, for example.

So this is a viable option and it's the one you have in your hand. If you really want PE, you should take the job, and then try 3, 2 and 1 in this order, i.e., if you can jump directly to PE do it, if not do an MBA and try PE again, if not move to BAIN and try PE again.

Bain and EY-P are superstrong at PE, and PE has a strong share in their business. If you go to Mck or BCG you face significant risk that your projects are not relevant to PE.

Final note, I strongly believe EY-P is the one that better prepares you for a PE role, as you have the chance to dealing internally with a lot of corporate finance peers from EY working on the financial side of deals.

Which leads me to option 4: move later on to a financial related role at EY within the transactions team, and then move to PE.

Unlock with Premium
Style:
Candidate-led (usual style)
Topics:
Growth strategy , Profitability analysis
Rating:
4.1
We are a private equity firm operating primarily in the automotive industry. We would like you to figure out whether we should increase our portfolio in the sensor market or not.We would like you to do a profit/margin growth potential analysis and tell us how we can add value to this compa ... (Open whole case)
7.6k
Times solved
4.1
500+ Ratings
Intermediate
Difficulty

Unlock with Premium
Style:
Candidate-led (usual style)
Topics:
Capacity change , Competitive response , Growth strategy , Operations strategy , Organizational behavior , Profitability analysis
Rating:
4.3
Sky China, a government-backed Chinese airline, has recently seen profits plummet due to COVID-19. Profits are down 80% in the months of February and March, but are showing early signs of a rebound in April. They've brought you in to first investigate what can be done immediatedly to prevent he ... (Open whole case)
6.3k
Times solved
4.3
100+ Ratings
Intermediate
Difficulty

How does a recent joiner get staffed on a specific practice? 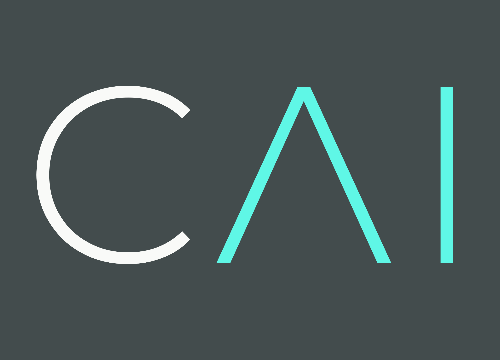 How does a recent joiner get staffed on a specific practice?