Not sure at all how to approach this question.

I know the number of ATMs are decreasing as more people switch to digital forms of payments. I could start with a top down approach. Like 320 million people in the U.S. —> minimum age to open a bank account without parent permission is 18. We should consider maybe 10% of that demographic has a bank account. I read somewhere that 20% of Americans either don’t have a bank or are underbanked.

So approx 200 million have bank accounts.

We then need to figure out how many bank accounts are needed for ATM but this approach doesn’t fully convince me.

We are talking about the he yearly withdrawal fees generated by ATM owners.

Upvotes
Best answer
Anonymous B updated the answer on Jul 10, 2021

First of all, could you clarify what you mean with the ATM market size?

The first two would probably have a similar approach. The last two would start from quite the different approach. Either way, estimating the total amount of people with bank accounts definately makes sense and your number seems sensible enough (probably on the low side).

I would think about the following two questions:

What determines how often people use ATMs?

What determines how many ATMs are needed? Availability/proximity or capacity?

Given that you are focused on operator revenue. The following approach should give a fairly robust estimate:

Total number of foreign visitors to thr US

Average number of withdrawals made per visit

What drives the average number of withdrawals? Are there segments that differ in behavior that makes it easier to estimste?

What is the typical fee structure?

How high are fees?

Does it matter how much money is withdrawn?

Does it matter if the fee is paid by the withdrawer or their bank?

Does it matter if withdrawals are made on or off a network owned by the card issuer?

Using a demand side approach like this makes sense since the supply side estimation requires estimating the utilization of an average ATM which is probably low (hence easy to get wrong) and total number of ATMs likely quite uncertain. The demand side parameters such as number of bank account holders will be easy to estimate accurately like you did, average frequency and fee you should be able to use your everyday experience for.

You've gone about this wrong.

If you're really going to do top-down, you should think about how frequently individuals need to access an ATM (no need to measure bank accounts. This is a waste of time). Then, think about how many are needed to meet demand.

That said, I'd prefer a bit more of a bottom-up approach where you think about how many ATMs you see near you, then extrapolate that out to the cities, towns, etc. of the US.

Was this answer helpful?
7
Book a coaching
Anonymous B on Jul 07, 2021
He is not talking about number of bank accounts but people with bank accounts. I think it fair to assume that people without bank accounts do not use ATMs. Would love a sensitivity analysis on the assumptions you need to make to do the bottom up approach to get to a more robust number 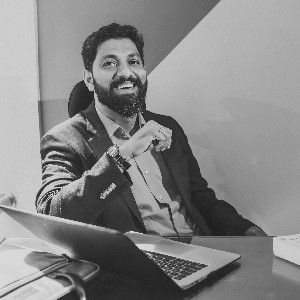 Unlock with Premium
Style:
Interviewer-led (McKinsey style)
Topics:
Market sizing , New product , Pricing
Rating:
MeGrain is a co-operative of 5000 farmers in the central part of India. As a co-operative, the farmers came together to sell the grains to retailers and wholesalers. They are the 3rd  largest grain sellers in India and sell 10million quintals of grains annually. They have operations in 4 region ... (Open whole case)
2.0k
Times solved
Intermediate
Difficulty
Rating

1 answer
Cookie and Privacy Settings
This website uses cookies to enable essential functions like the user login and sessions. We also use cookies and third-party tools to improve your surfing experience on preplounge.com. You can choose to activate only essential cookies or all cookies. You can always change your preference in the cookie and privacy settings. This link can also be found in the footer of the site. If you need more information, please visit our privacy policy.
Data processing in the USA: By clicking on "I accept", you also consent, in accordance with article 49 paragraph 1 sentence 1 lit. GDPR, to your data being processed in the USA (by Google LLC, Facebook Inc., LinkedIn Inc., Stripe, Paypal).
Manage settings individually
I accept
Questions or Feedback?