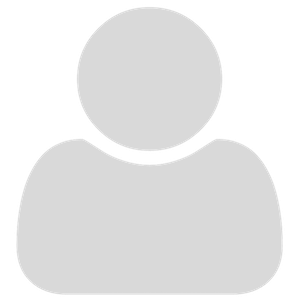 Increasing net worth of Johnny Depp

Johnny Depp, now 56 years old, has started to feel that his acting career is about to get over. His net worth crossed over $650 million at the peak of his career but has since dwindled, amid lawsuits and lifestyle expenses. As such, he thinks that his current wealth might not be enough for his upcoming years. So, he’s hired you as a consultant to help him find ways to multiply his worth. What can you suggest?

This is an unconventional case example to help you prepare for your interviews at MBB. This is based on a real case asked at one of the big 3. The purpose of your case is to be creative and think on your feet in an unconventional way.

The candidate should be able to understand drivers of a celebrity brand value and cover the following:

The last question should be asked to candidates who already know who Johnny Depp is. The interviewer should either lead the candidate towards explaining how the candidate understands the actor's brand or explain that the client is a golden globe winning Hollywood actor who is best known for his portrayal of eccentric characters in films.

1. What are the client's existing businesses?

He currently owns two businesses. A production company "Infinitum Nihil" in 2004, where he served as founder and CEO along with his sister Christi Dembrowski as president and a rock group named "Hollywood Vampires" which released albums in 2015 and 2019.

2. What are the asset classes that the client is interested in exploring?

He is not interested in exploring traditional investment opportunities like the stock market, property, gold, etc. as these would not help him multiply his wealth. He is interested in areas where his brand could deliver the most value.

The candidate should by now understand that we’re currently looking at only those investment opportunities that would help the client leverage his brand as a popular household name. This should help the candidate come up with a laundry list of ideas.
After initial 3-4 ideas, the interviewer shall pressure test the candidate's suggestions. For example, would investing in F-1 or soccer clubs in Europe effectively leverage the Depp brand?

It likely wouldn’t. The client is a popular household name among fans of Hollywood cinema across the globe. In that case, one should focus on such investments in countries with strong Hollywood influence. He could invest in a team like NBA or baseball in the US.

The candidate recommends choosing the NBA over baseball. This is because basketball is a global sport and it enjoys a larger international fan base outside of the US than compared to baseball.

Pressure test candidate to come up with an even longer list of suggestions in quick succession.

4. What will be the criterion to come up with a shortlist for suggestions?

Based on his net worth and investment preferences, the three most important criteria for shortlisting of investment ideas could be:

While the criteria that the candidate chooses could differ from the recommendations above, it should not deviate widely from the client's preference for less capital intensive, quick result and a niche business.
Using the shortlisted criterion, which are the top 3-4 potential business as per candidate, where further deep dive can be conducted?
Prompt candidate to summarize the list of business suggested so far, before diving deep into the analysis of ideas.

The investment ideas we have discussed so far are:

Thus, the shortlist for further analysis would be the potential investment in an acting school, low tier sports club, talk show or a radio channel.

1) Out of the suggestions, choose an idea that you think is worth investing in. Prepare a pitch to convince the client to invest in it.

The client could invest in an online acting venture. The client is well regarded as an actor and could leverage his reputation to launch the venture.

Suggested pitch: Online learning is not only changing how people learn, but it's the destination where people are going first to learn a new skill. With your expertise, learners have the opportunity to learn from the very best.

2) Choose an idea that you think is totally ridiculous. Imagine that the client is very bullish on this idea. Convince him not to invest in it.

I understand that you want to invest in a company making a salt shaker that's also a music speaker. I recommend you to not to go ahead with the investment without a thorough assessment of the market landscape (do customers see this as a necessity at the given price point?). My preliminary hypothesis is that the product price doesn't justify the purchase as customers see the two functionalities (salt shaker and music speaker) as unrelated use cases. Hence, I suggest you do a thorough DD.

Do you have questions on this case? Ask our community!
Ask a question
Related BootCamp article(s)
BootCamp

1.7k
Times solved
Intermediate
Difficulty
Do you have questions on this case? Ask our community!
Ask a question
Cookie and Privacy Settings
This website uses cookies to enable essential functions like the user login and sessions. We also use cookies and third-party tools to improve your surfing experience on preplounge.com. You can choose to activate only essential cookies or all cookies. You can always change your preference in the cookie and privacy settings. This link can also be found in the footer of the site. If you need more information, please visit our privacy policy.
Data processing in the USA: By clicking on "I accept", you also consent, in accordance with article 49 paragraph 1 sentence 1 lit. GDPR, to your data being processed in the USA (by Google LLC, Facebook Inc., LinkedIn Inc., Stripe, Paypal).
I accept
Manage settings individually