My question is: "what is the difference between the actual work that you do as a consultant as compared to an investment banker?" Due to my non-business background I don't have a full picture about investment banking. I have been focusing on consulting for a year or so, so I know a lot about it. However, recently I became interested in investment banking and from reading a couple of websites it seems to me that what they do is exactly the same as consultants but just more narrow in the sense that it's more focussed on the financial side.

Once again, the question is mainly about the actual work (how big are the teams, who is usually on the team, what do you actually do, do you do it in the office or at client's location, how long are the projects, what's the client exposure for juniors etc.) and not about differences in salary or workload, although if you don't mind typing, this information would also be appreciated.

I hope this answer is still relevant for you.

Maybe one thing to clarify: From what I read you mean investment banking = M&A. Because there are loads of investment bankes (equity analysts, traders, brokers, derivatives sales...) whose work has absolutely nothing to do with what consultants do.

So if we assume that this is the case, I believe that you are right in terms of certain similarities between the jobs. However, as you ahve correctly pointed out, there are a lot of differences as well.

As you noted, the I-Bankers tend to be very focused on the financial side of things, while as a consultant some other aspects might be important as well. However, I have tons of respect for IB research & analyst teams. Their reports are incredibly detailed and quite often show a level of understanding of an industry and things like production processes that you rarely find in consulting firms.

But here to some more differences:

How do I know which career is right for me?

5 steps to make the right decision 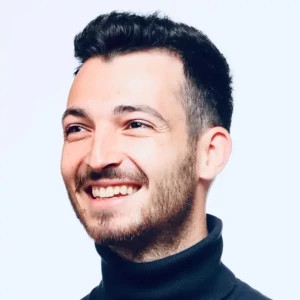 how to plan my consulting career

How to prepare for BCG online case?

How do I know which career is right for me?

5 steps to make the right decision

how to plan my consulting career

How to prepare for BCG online case?

21 answers
Cookie and Privacy Settings
This website uses cookies to enable essential functions like the user login and sessions. ... (Read more) We also use cookies and third-party tools to improve your surfing experience on preplounge.com. You can choose to activate only essential cookies or all cookies. You can always change your preference in the cookie and privacy settings. This link can also be found in the footer of the site. If you need more information, please visit our privacy policy.
Data processing in the USA: By clicking on "I accept", you also consent, in accordance with article 49 paragraph 1 sentence 1 lit. a GDPR, to your data being processed in the USA. The USA is not considered to have adequate data protection legislation. Your data could be accessed by law enforcement without prior public trial in court. If you need more information please view the individual settings.
I accept
Manage settings individually
Questions or Feedback?