I just gave my imbellus test, and was going through old posts. Some people got the reply in few days and some after weeks. Do we know why there is such a delay? The results of the game are shared with recruiters right after the exam has ended. So why the long wait?

There may be delays due to the recruiting pipeline, as when they let candidates know the outcome, they should also organize interviews.

In most offices, the Imbellus is now a step before interviews and is go/no-go, so once you hear back they should either move you to the first round or explain it is a rejection.

The exact timeline is office-dependent. The maximum period I heard to hear back was 2 months and the result was positive, so there is not necessarily a correlation between time and results.

That is indeed an interesting question which is probably relevant for quite a lot of users, so I'm happy to give you my perspective on that:

The key question from my side would be if you have already received an invite for this one first round interview. If not, I would advise you to contact the recruiter to do so.

In case you want a more detailed discussion on the next steps in your McKinsey recruiting process, please feel free to to contact me directly.

I hope this helps,

There can be various reasons for the different timelines. We can only speculate. Here are my speculations:

Regardless - there is no correlation in the time and the outcome.

Depends on the recruiting strategy of the office. Some will

I guess your office falls in the second bucket.

Fingers crossed for the result!

I think it varies based on several things, such as:

1. The extent to which the Imbellus is used as a deciding factor for admission to interview. If it is used as a binary screening tool, that makes for a quick decision, but if it is used as one factor in combination with others, the recruiters would need to take it into account alongside your resume and cover letter, and have a more detailed conversation about whether to advance your candidacy. Once that decision has been reached, they will reach out and let you know. I don't think people get standalone feedback on their Imbellus performance (that is not in conjunction with an interview invitation or rejection).

2. The notification process. It may be more or less automated in different offices, the recruiters may batch-process them or not, they may also wait for results from other candidates to come in so that they are able to make a comparison.

So, once you are done with the test, it is really out of your hands and I would try not to worry too much about it or read into how long you're waiting for a response. If it's been more than several weeks, feel free to reach out to the recruiter and ask about it, but besides that there really is no correlation between speed of notification and the outcome.

There are many different variables that come into play (e.g. starting day of the batch, number of candidates, etc.).

Wait 2-3 weeks and then consider sending a follow-up if you don't receive an update.

Think about a past job you have had. Were there pipelines/processes for anything you did?

As I'm sure you know, the world doesn't work instantaneously! Even Amazon doesn't deliver the moment you click buy (though it comes darn close in NYC!).

Things take time. People have many tasks to complete and there are lots of applications. Every office, employee, and day is different…and they need to asses your overall application.

Mit Premium freischalten
Stil:
Interviewer-led (McKinsey-Stil)
Themen:
Wachstumsstrategie , Marktanalyse , Markteintritt , Neues Produkt
Bewertung:
Our client is SmartBridge, a nonprofit educational institution offering face-to-face tutoring services. The client operates in the US. The mission of SmartBridge is to help as many students as possible to complete studies and prevent that they drop from the school system, in particular in disadva ... (Ganzen Case öffnen)
21,1 Tsd.
mal gelöst
Schwierig
Schwierigkeitsgrad
Bewertung

Mckinsey - 3 weeks after PSG no hear back.

What does this mean? 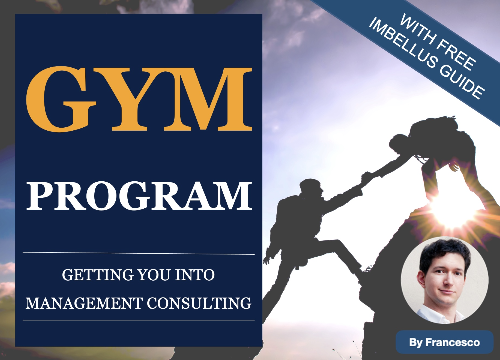 Mckinsey - 3 weeks after PSG no hear back.

What does this mean?